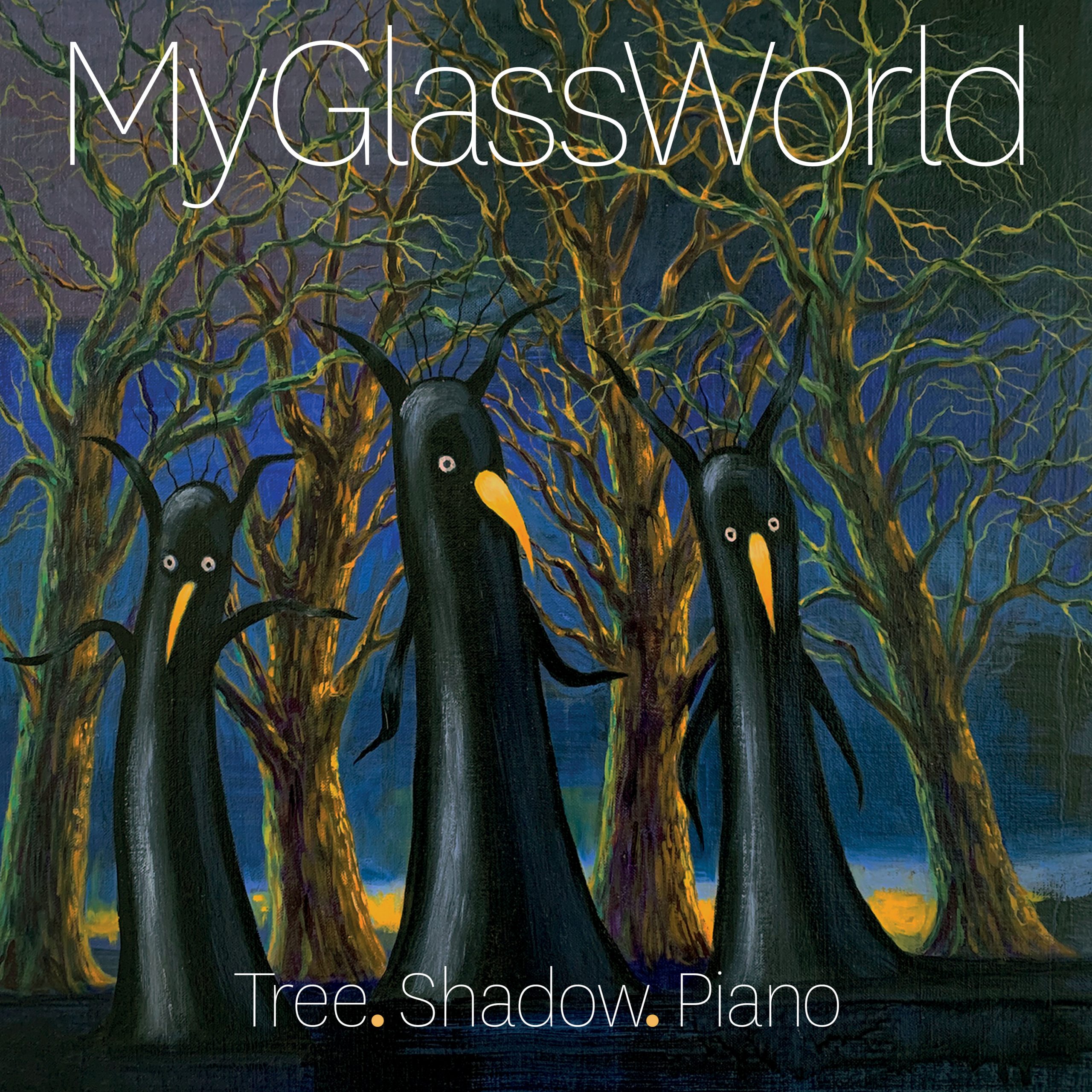 My Glass World have existed in various configurations over the last ten years. The latest line up consists of a core of Jamie Telford and Sean Read with a range of additional members dropping in and out including drummers Stephen Gilchrist or Martyn Kaine, and on bass Jon Kensington. Other current members include guitarists Little Barrie, Jimi Scandal and Peter Salem on violin and viola.

Jamie Telford provides songs written largely in Scotland, and recorded and mixed by Sean Read in his Clapham ‘Famous Times’ studio in London. All the members have a pedigree of playing with a host of other acts and bring their extensive expertise to the party. Their latest release Tree. Shadow. Piano bears witness to that.